The third planet from the Sun, the densest planet in the Solar System, the biggest of the Solar System’s four terrestrial planets, and the only planetary object known to house life is Earth.

For over 2000 years early astronomers believed that the Earth was stationary and had other cosmic bodies wandering in circular orbits around it.

They believed this is because of the seeming movement on the Sun and planets relative to their viewpoint. In 1543 for the first time Copernicus issued his Sun-centered model of the Solar System which stated that the sun is the center of the solar system.

Earth is the densest planet in the solar system

Earth is the only planet not named after a god

All the planets in our solar system (except earth) are named after Roman gods and goddesses.

It doesn’t take Earth 24 hours to complete its orbit

In reality it takes it 23 hours, 56 minutes and 4 seconds to complete its one orbit. astronomers call this a sidereal day.

The Earth’s rotation is progressively slowing

This slowing is happening almost undetectably, at approximately 17 milliseconds per hundred years, even though the rate at which it happens is not seamlessly uniform.

Some Interesting Things You Didn’t Know in the Language English

This field shields the planet from the effects of solar winds and is thought to be a consequence of the nickel-iron core of the planet mutual with its rapid rotation.

Its axis of spinning is slanted 23.4° away from the vertical of its orbital plane, which produces the seasons we experience.

Earth may once have had two moons

A tiny second moon, thought to be 750 miles (1,200 km) wide, may have orbited Earth before it tragically banged into the other one. This immense smash may clarify why the two sides of the surviving lunar satellite are so unalike from each other

In Milky Way alone 8.8 Billion habitable Earth-Like Planets Exist. And the 8.8 billion Earth-size planets figure is only a start. That’s because scientists were looking only at sun-like stars, which are not the most common stars. 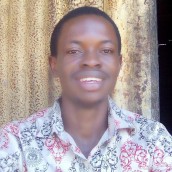 9 Amazing Hotels You Should Go for Vacation