Scientists are continually fascinated with longevity and are still looking for ways to make life last a lot longer. Meanwhile, some people already discovered the secret to living longer.

For people like this, aging isn’t a problem for them. Even after the age of 100, they continue to remain active.

It is generally believed that people with creative minds live very bright but short life. However, the people we would be discussing on this article proves otherwise.

Here is a list of the oldest actors and actresses who are still beaming with life and optimism.

This actress made her fame during the time of silent movies. She was popularly known as Baby Peggy. Her career ended due to the conflict between her producer and her father in 1925.

By this time, her parents had used up all the money she made from acting and sadly had nothing left for her education. She stopped acting officially in 1938, and focused her attention into writing books and her family.

She shares her secret with us, “I follow a balanced diet and keep myself healthy. I have a house with a beautiful library. But most importantly, I have a loving family: a son and a granddaughter who I give my warmth. I think it has been a huge part of my longevity.” Died: 24 February 2020

Ruth Dusty Anderson was initially known as a pin-up model who later starred in movies. Ruth did 7 movies and ended her career in the year 1951 when she chose to spend her time with her family and support her husband, Jean Negulesco, who was a famous scriptwriter and director.

Ruth moves with her family to the south of Spain where she lived the rest of her life up until her husband passed in 1993. She prefers to remain far from public eyes and not disclose information about her private life.

Suzy is a famous French singer and actress finished her career in 1976, but not after she appeared in more than 30 films. She now lives in a nursing home in Paris, still receiving letters from her well wishers and fans, and to crown it all, she still looks amazing.

How does she do it? How does she maintain a good health? Well, she says, “I don’t have a single minute for me! I answer the letters, I prepare memory books, I work for the Universal where the CDs with my songs are published. Every summer, I go to Brittany on vacation. And before the vacation, I need to prepare everything.”

Earl earned himself the title of being the first black actor to star as a lead role in an English movie in 1951, when he starred in Pool of London. He’s acted in more than 70 movies and despite his age, he continues to act in movies.

He says, “I love my life and I am still not retired.” Earlston practices the Bahá’í Faith. This means he isn’t allowed to drink alcohol at all.

Julie Gibson, am American actress clocked 105 years old last September 6. She is currently the oldest actress in the whole world. Julie has spent her entirely life working in radio and movie productions and has never had any children.

She retired in 1984 after featuring in 27 movies. There isn’t much information about Julie Gibson especially since she lives very private life.

Marsha kicked off her movie career just when she got a leading role when she was only 18. She has acted in more than 100 movies in her life. Her interest in social issues and political activities got her blacklisted by Hollywood.

This made it difficult for her to keep a stable acting career resulting to a gradual decrease of acting work at the end of the 40’s.

The American actress shared her aging secrets by saying, “I’m a born optimist. I guess the bright side always appealed to me to look at rather than the dark. I’ve been blessed. I never figured out why. But I sure have and I want the fates to know I’m grateful!”

Fay McKenzie is the daughter of 2 actors, and she started her career in a silent movie when she was only a child. She later starred in westerns, but took a break from acting to raise her kids.

She however, later took on numerous supporting roles and also starred in several TV series.

Fay admits she’s thankful to fate for everything that has happened in her life and maintains a smile that radiates round the clock. This could explain why she loves her life so much. I mean, who wouldn’t? Died: 16 April 2019

The 3 times Oscar nominee, Kirk Douglas, was born in 1916 to Russian immigrants. Formerly known as Issur Danielovitch Demsky but changed his name to Kirk Douglas when he was still a student.

He started working on his acting career after his return from the navy. He’s acted in 222 movies and his last work was released in 2008. He’s since dedicated his life to doing charity work.

The claimed his happy family is his secret for his longevity. He says, “We are soulmates. I think our great marriage and our long conversations in the dark allowed me to live this long.” Died on February 5, 2020.

Norman’s career has been going on for almost 80 years and this makes Norman not only the oldest actor, but also the oldest working man alive. Can you beat that?!

He’s been in more than 60 shows and movies. The actor lived with Peggy Craven for 75 years, making their marriage their union the longest in the history of Hollywood.

When asked about the secret to his longevity, he jokes, “Just lucky!” He doesn’t miss his fried chicken and chilled sangria.

This queen was one of the most popular actresses of the golden age cinema, and she has to Oscar awards to her name. Olivia is 103 years old and she portrays Melanie Hamilton in “Gone With the Wind”, which served as a big push in her acting career.

She was also the first woman to act as chairman of the Cannes Film Festival jury.

For a woman her age, she still finds it easy to go down and up the stairs. She also tries to read as much as possible even though she can’t see well. She gives numerous interviews and replies e-mails. Her beliefs in life revolves around love, laughter, and learning new things all the time.

I wish these amazing souls a wonderful health! Do you know of any centenarians? Care to tell us about them? Share your stories in the comments. 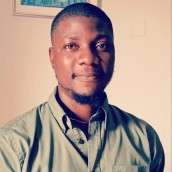 Pirates: Facts About Pirates Learnt From Pirate of the Caribbean and Other Films

Patience Ozokwor Biography and Net Worth

Funke Akindele: Biography and Net Worth