Music lovers who listened to songs from the early and mid-2000s are familiar with the name “Akon.” A popular household name, he has gone all the way to becoming one of the most famous musicians of the 21st century.

This article will focus on his net worth, biography, and career. Those who were born in the early and mid-2000s may be familiar with the name as it is a household name, but they may not know the kind of impact he had in the music industry, in America, and globally.

Akon is a Senegalese-American singer, songwriter, actor, record producer, entrepreneur, and philanthropist. Akon gained recognition in 2004 following the release of his song, “Locked Up.” The song was the first single from his debut album, Trouble.

His second single “Lonely” soon followed, and at this point, it was clear that he was heading for the very top. The album was a huge success as it helped him rise to prominence.

Akon later founded two successful record labels, Konvict Muzik and KonLive Distribution. Both labels were a stepping stone for many successful acts, as the likes of T-pain, R. City, Lady Gaga, Kardinal Offishall, and Red Café all came through these labels. His second album, Konvicted, was released in 2006, and it received three nominations for the Grammy Awards.

The nominations were for “Best Contemporary R&B Album” and “Best Rap/Sung Collaboration” for “Smack That featuring Eminem” and “I Wanna Love You featuring Snoop Dogg.”

The album went on to produce four songs that featured in the top-ten hits in the US. They were; “Smack That,” “I Wanna Love You,” “Don’t Matter,” and “Sorry, Blame It on Me.”

Akon’s third studio album Freedom was released in 2008 and the single “Right Now (Na Na Na)” was the lead his song in the album.

Akon is globally acknowledged as the first solo artist to hold both the number one and two spots on the Billboard Hot 100 charts twice simultaneously.

He has appeared and provided vocals as a featured artist on many occasions and is currently credited with more than 300 guest appearances and over 35 Billboard Hot 100 songs, earning him five Grammy Awards nominations. Altogether, Akon has released six solo albums, and he has handled the majority of production on his songs and guest features.

As a producer, Akon has produced records mostly for artists on his respective labels, as well as for other big names in the industry, such as Michael Jackson, Lionel Richie, Snoop Dogg, Leona Lewis, Sean Paul, and Whitney Houston.

Akon was ranked 80th by Forbes in their Power Rank, for Forbes Celebrity 100 in 2010. And he was ranked 5th in 40 Most Powerful Celebrities in Africa in 201.
Akon was also ranked number 6 (six) by Billboard on the list of Top Digital Songs Artists of the decade.

He was listed as number 1 (one) selling artiste for master ringtones in the world by the Guinness Book of World Records.
Akon has also starred in movies as an actor. He starred in the 2012 movie, Black November, he also starred in American Heist (in 2014), and Popstar: Never Stop Never Stopping (2016).

The Senegalese star has had one of the most successful music careers.

Aliaume Akon Damala Badara Thiam was born on the 16th of April, 1973 to a Muslim family in St. Louis, before he went on to spend most part of his childhood in Senegal. His mother, Kine Gueye Thiam, was a dancer, and his father, Mor Thiam, was a drummer, cultural historian, and entertainment consultant.

Jim Ovia Biography and Net Worth

While growing up, Akon learned to play five instruments, including drums, guitar, and djembe.

When Akon was seven, he moved with his family to Union City, New Jersey, and had to split his time between the USA and Senegal until he finally settled in Newark, New Jersey.

After serving time, Akon began to develop an appreciation for his musical background and his musical abilities. He associated with upcoming artistes in the hoods, and he got his first little break when he was brought along to Stephens’ rehearsal hall by the rapper Lil’ Zane brought him, a place where talents such as Usher and TLC were being developed as at that time. And it was then, that Music mogul, Devyne Stephens (president of Upfront Megatainment) first heard about him.

The relationship between Akon and Stephens began as a friendship and mentorship, Stephens eventually signing Akon to his production company and started grooming the young talent professionally.

The songs he recorded with Stephens were brought to the attention of Universal’s imprint SRC Records. Foster and SRC CEO Steve Rifkind then set off to Atlanta to meet with Akon so that they could work together.

Akon released his solo debut album, Trouble on June 29, 2004, with hit singles “Locked Up,” “Belly Dancer (Bananza),” “Pot of Gold” “Lonely,” and “Ghetto” spawned up. “Locked Up” climbed up to number 8 in the U.S. and number 5 in the UK. “Ghetto” became a radio hit when DJ Green Lantern remixed it to include verses from rappers, The Notorious B.I.G and Tupac. The album is a hybrid and infusion of Akon’s silky, West African-styled vocals mixed with East Coast and Southern beats.

The song featured in the top five on the Billboard Hot 100 and topped charts in the UK, Australia, and Germany. His album also reached number one in the UK in April 2005. 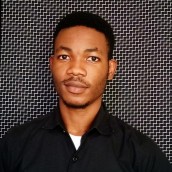 Chinedu Ikedieze Biography and Net Worth

Burna Boy Net Worth and Biography