The road to greatness is not an easy one. It takes hard work and perseverance; some get to accomplish their dreams, while others get frustrated and quit along the way.

The same thing could be said about pop stars; a lot of them have goals and dreams to accomplish, but only a few could achieve these goals.

In this article, I would be talking about Arianna Grande’s biography, her net worth, and her road to fortune and fame.

Who is Arianna Grande?

Arianna is one of the greatest pop idols of our time. Like many others before her, she had a long way to her success and international fame, she faced challenges and trials like many others, but she didn’t let that sway her from her goals; she kept her head straight and her game tight.

A summary of Ariana Grande

Ariana always had the talent and passion for entertainment. When she was a child, she was a part of various acting and singing programs in her school. She took part in every school performance and had always had a dream of recording her own R&B album.

Ariana also got to act a support role on Broadway in musical titled “13” she also got to sing in a jazz club called “Birdland.” Ariana had always followed her dreams, and in the end, she got the taste of fame.

She was an American born in the Boca Raton, which is a city in Florida. She was given birth on June 26, 1993. Ariana is of Italian descent, which is why she considers herself as one of the Italian American Ethnic groups.

One could say she belongs to a family where goals are achieved. Her father, Edward Butera, is a successful graphic designer with his firm, her mother, is the CEO of a communication and safety equipment firm “Hose-McCann Communications,” and lastly, her brother Frankie Grande; who is an entertainer and a producer.

You would remember Ariana from her show on Nickelodeon “Victorious” the show was on for three years and ended in 2013. After Victorious, she featured in another show, “Sam & Cat.” During this period she was faced with the choice of acting or singing, in the end, music was the choice, and obviously, she made the right call.

In her shows on Nickelodeon, she makes song covers of various artists like Mariah Carey, Whitney Houston, Celine Dion, etc. she uploads these covers on her YouTube channel. Through that, she was building her fan base and was paving the way for herself into the music industry.

Aminu Dantata Net Worth and Biography

In the year 2013, Ariana released her first album, “Yours Truly,” the album featured Mac Miller, and it was a huge hit and sold about 300,000 copies.

The next year 2014, she released another album, “My Everything” the new album made her an official pop star. After this album, she went on her Honeymoon Tour, and through the tour, she earned about $40 million, according to Billboard.

Since then, she had released three other albums, “Dangerous Women,”  “Sweetener,” and “Thank You.” These albums were all a massive sell-out, with over thousands of copies sold worldwide, and they have all become her outstanding contribution to modern music.

Ariana’s music has won her countless awards, from Grammy to Brits, to Billboard, American Award, and even the most followed woman on Instagram.

Like many celebrities, Ariana is very wealthy; she is currently one of the wealthiest female stars, one of the 100 most influential people in the world, and currently, she worth $100 million. 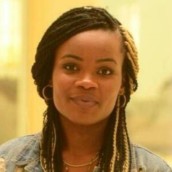